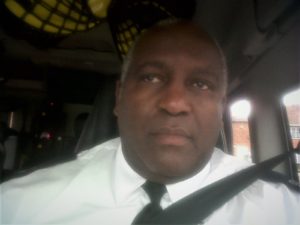 Sporting events participated in while at CC: Football

How did Cornwall College prepare you?

The environment at CC provides the catalyst that prepares you with the ideas of achievement, friendship and comradeship.  This instills the idea that one person can make a difference to a team and rely on the team for support.

What words of encouragement/advice would you provide to current student-athletes?

WORK HARD, LEARN HARD and PLAY HARDER. Prove that you belong at CC.

What are your favorite memories at CC?

There are several memories that stand out for me. For those who were there in the years of Mr. “Jango” Crick, a few memories really stand out.

I can recall Jango coming to the classroom to round up a few boys misbehaving.

Mr. Crick, “One, two, three come with me. You behind the door make it four.”

Another story that sticks in my mind over 40 years later, it is a game we used to play called “Shoot and Shoot”. A game played with a rubber band. The better you were, the better your choice of ammunition. Slow shooters would use folded cardboard, while the “pros” would use folded tin foil.

On this particular day, we were playing “shoot and shoot” in the classroom. In this game its best of three of shots. First person to land two shots wins. “Bobby Lue” and “Esto” who both claimed to be sharpshooters were up against each other. They turned their desks towards each other, and raised the lids of the desks and ducked down behind them.

Obviously, “Bobby Lue” lost and as he stood up, “Esto” nailed him dead center in the forehead. The whole class was in an uproar after that display of sharpshooting, with everyone saying “Esto” must be a gunman.

How it is that isn’t a story of a student losing an eye, I will never know.

But for me a story that never gets old, takes me back to Mr. “Jango” Crick.

“Jango” was on his daily patrol when on reaching the then third form block (the block of classrooms up the steps from the Auditorium – 3rd form, the current 9th grade block) when he heard “Creeaakk”. He stopped looked around him but saw no one. He continued walking and again heard “Creeaakk”. He stopped again to get a sense of where the sound was coming from but heard or saw nothing. He again continued his journey only to the hear once more “Creeaakk”. Becoming quite flustered and now thinking this might be the voice of God he stopped and looked up and said “Speak Lord, thy servant heareth”.

Until this day, we are unsure if he heard the creaking of the willow trees or a student that was hiding in the nearby almond tree pulling a prank.